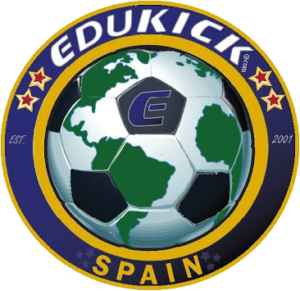 EduKick Spain’s worldwide success in developing thousands of international footballers is the result of years of experience mentoring, training, and developing their student- players with the equal emphasis always placed on their education while under our care in Spain at the academy. EduKick Spain consistently offers personalized service and care for each of its participating student-footballers. They are committed to creating a nurturing, caring academy environment that is conducive to progressing the education, football development, personal self-growth, and inter-cultural competence of the academy players. EduKick philosophy is in its name…”Edu(cation) Kick(a futbol).” 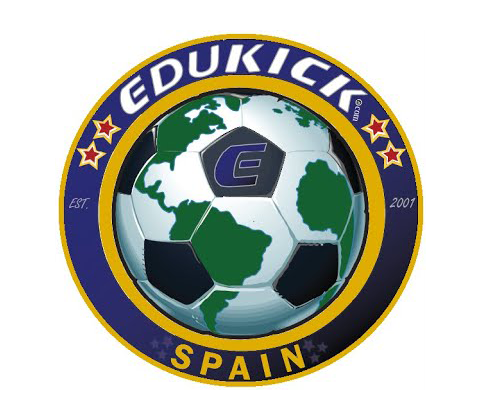 EduKick’s President & Founder, Joey Bilotta, now has over 37 years of professional experience working with young footballers in education, counseling, mentorship, soccer coaching, and soccer-related courses. His mission, since EduKick’s inception in 2001, is to use his extensive life experience in football, his educational and motivational skills to mentor and assist aspiring EduKick Academy soccer players and their parents in establishing and systematically working towards reaching their personal soccer, education, wellness, and LIFE goals! Mr. Bilotta’s SOCCER LIFE COACH services are free of charge for each of the participating EduKick Academy footballers. Learn more about this unique and highly effective ONLINE CONSULTANCY & MENTORSHIP program for EduKick footballers (and their parents) at Soccer Life Coach… https://www.soccerlifecoach.com/

EduKick student footballers interested in pursuing US College and University Soccer Programs can use the Best Athletes in-platform search? Our one-stop-shop search tool not only has a comprehensive listing of Colleges and Universities but also has coach names and email addresses as well as a program overview for each school. Easily share your recruiting profile, connect with coaches and learn about each prospective school.

Any interested soccer player or soccer coach can set up their profile for FREE on the Best Athletes website but EduKick Academy footballers are given FULL ACCESS (free of charge). Start your online profile today at: https://bestathletes.co/ JOIN US for the 2022/23 academic year Spanish Futbol Season! We now have over 21 years of experience hosting academic year student-footballers, youth and adult soccer teams, and football tour groups at our EduKick SPAIN Football Academies since 2001.

Our academic options include private International British or Spanish Secondary School education (grades 8-12). At the British school, courses are delivered in English. To attend the Spanish secondary school a player must have an intermediate level of Spanish proficiency,. Academy players 16+ can choose the Spanish Language Study option at our affiliated Spanish language institute (MARAVILLAS) for intensive Spanish study of 20 hours per week.

International footballers that register for EduKick Spain’s world famous academic year Spanish Football Academy course are able to apply for and attain the NIE (número de identidad de extranjero). The NIE is a tax identification number in Spain, or “Foreigner Identity Number” that actually allows for the international student-footballer to register and play for a local Spanish football club, as any other Spanish player would. This incredible opportunity significantly increases the development of our academy footballers’ by allowing them to train and play matches regularly alongside their Spanish teammates, some of the most competitive, and skilled footballers on the planet.

EduKick Spain, then, provides significantly increased opportunities for its players to be scouted, recruited, and exposed to Spanish clubs. And for our academy’s most committed and competitive “HIGH LEVEL” players, we are able to seek out and secure professional football trials in Spain through the extensive network of Spanish LA LIGA club contacts that EduKick Spain President Joey Bilotta and his associates have acquired over the decades spent in Spain as footballers and academy directors.